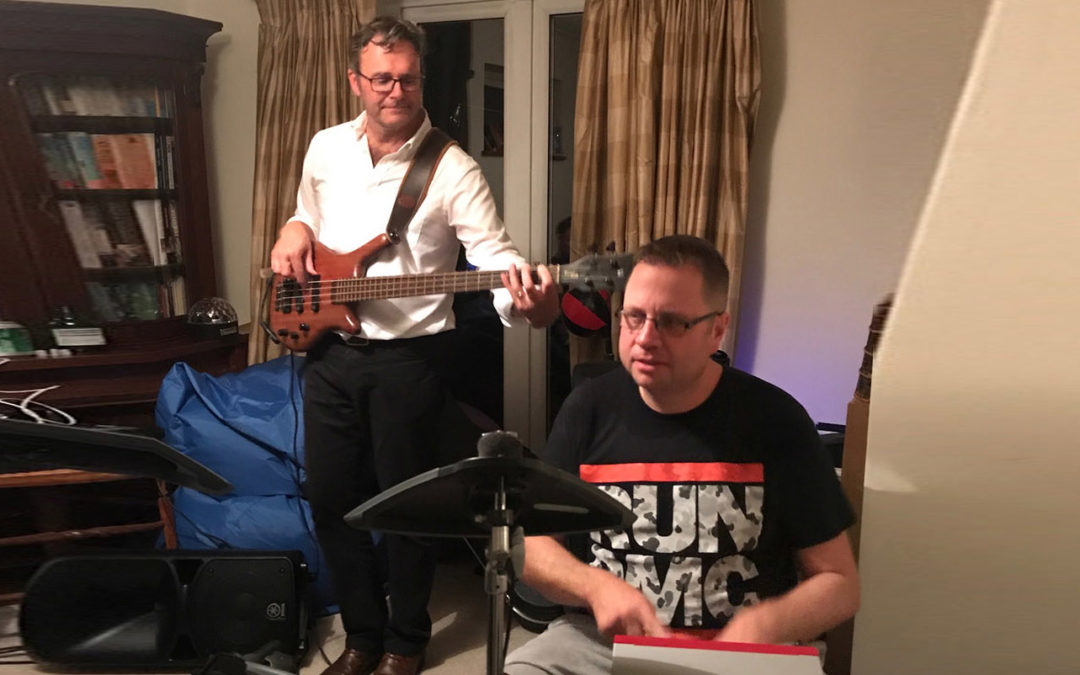 The baddest rhythm section in cover band history has returned! John and Ed met on their first day at St John’s University College York in September 1990. Within seconds they vowed to jam together and within minutes John knew he was better on the bass than Ed was on the drums. However it worked and they soon formed bands that took York by storm. They were on the City’s music scene at the same time as an early Shed Seven. The only difference was that Shed Seven were cool and didn’t just play covers.

However they played the same venues including the iconic Bay Horse on Gillygate where locals soon got fed up with idiotic students taking over their pub. Ed and John’s band shamelessly jumped on the popularity of the greatest Irish music movie of all time – The Commitments – and set up a tribute band. Bored of playing Mustang Sally they then went 80’s retro with the poorly named (though extremely hard working) IntraVenus. Former singers include Channel 5 News heartthrob Peter Lane.

On leaving university they got on with their lives but music remained in their hearts. 25 years later – like a scene from the Blue Brothers – they are back together and ready to rock weddings and 50th birthdays from Reading to St Albans.